Investing For The Long Run Amid Volatility

With stocks surging one moment and plunging the next, it's good to remember that, from 1926 through 2016, a portfolio diversified across stocks, bonds and cash averaged a 9.6% annual return, with a better risk-reward ratio than any one of the four investments with large liquid markets.

Ninety-one years goes back to when stock returns were first recorded on Wall Street, but most people don't invest for 91 years. The bar chart shows returns of the four investments versus the diversified four-asset portfolio over more realistic holding periods. 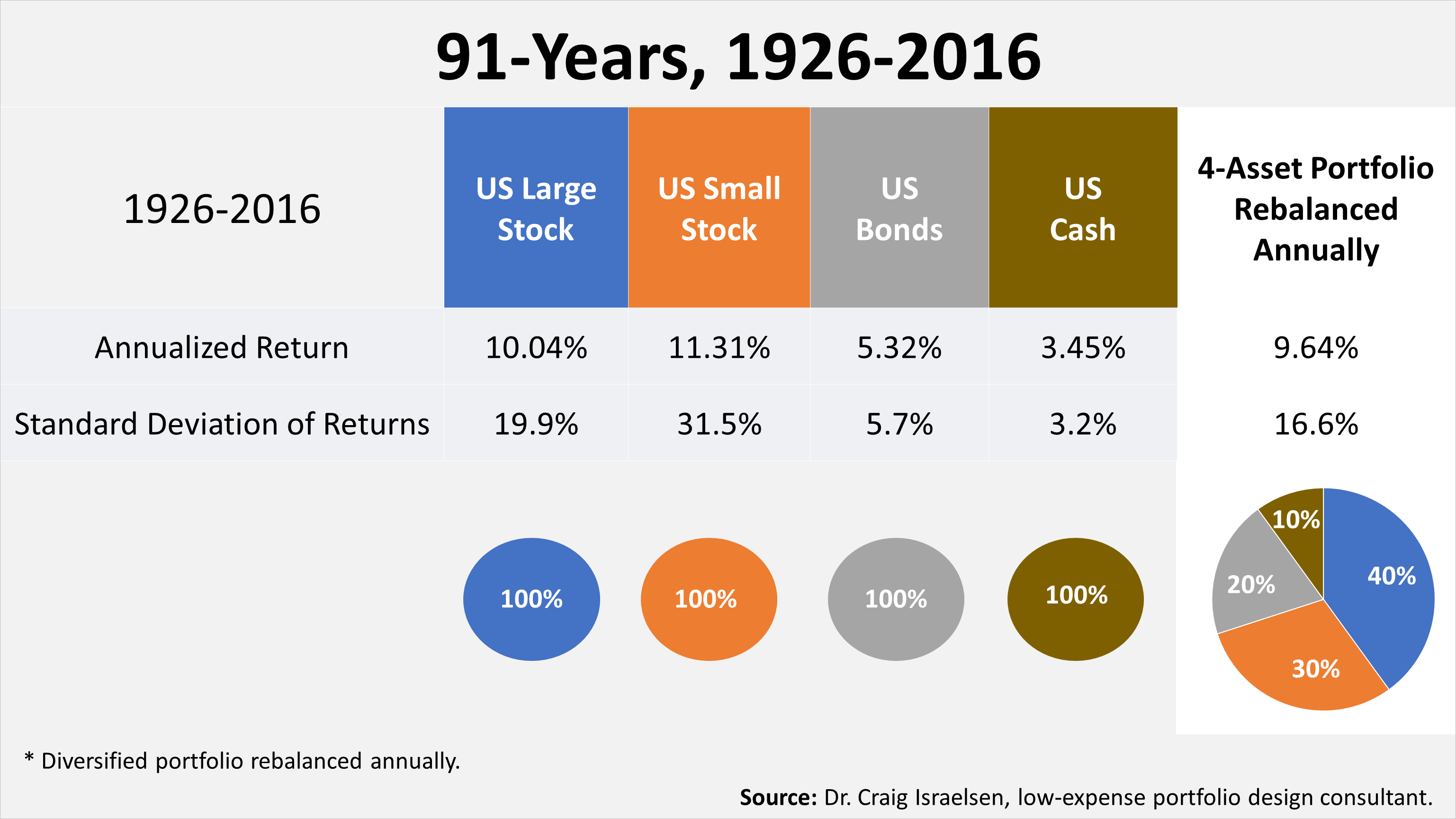 In addition, the longer you stayed in the diversified portfolio, the more likely you were to experience the 91-year results. While holding the diversified portfolio for five years beat the 91-year return of 9.6% in 56% of the 12-month rolling periods over the 91 years, holding the four-asset portfolio for 35 years beat the 91-year results in 88% of the 12-month rolling periods. Diversification neither assures a profit nor guarantees against loss in a declining market and past performance is not a guarantee of future results, but these results show that the longer you invest, the more likely you are to experience the 91-year return and risk statistics. 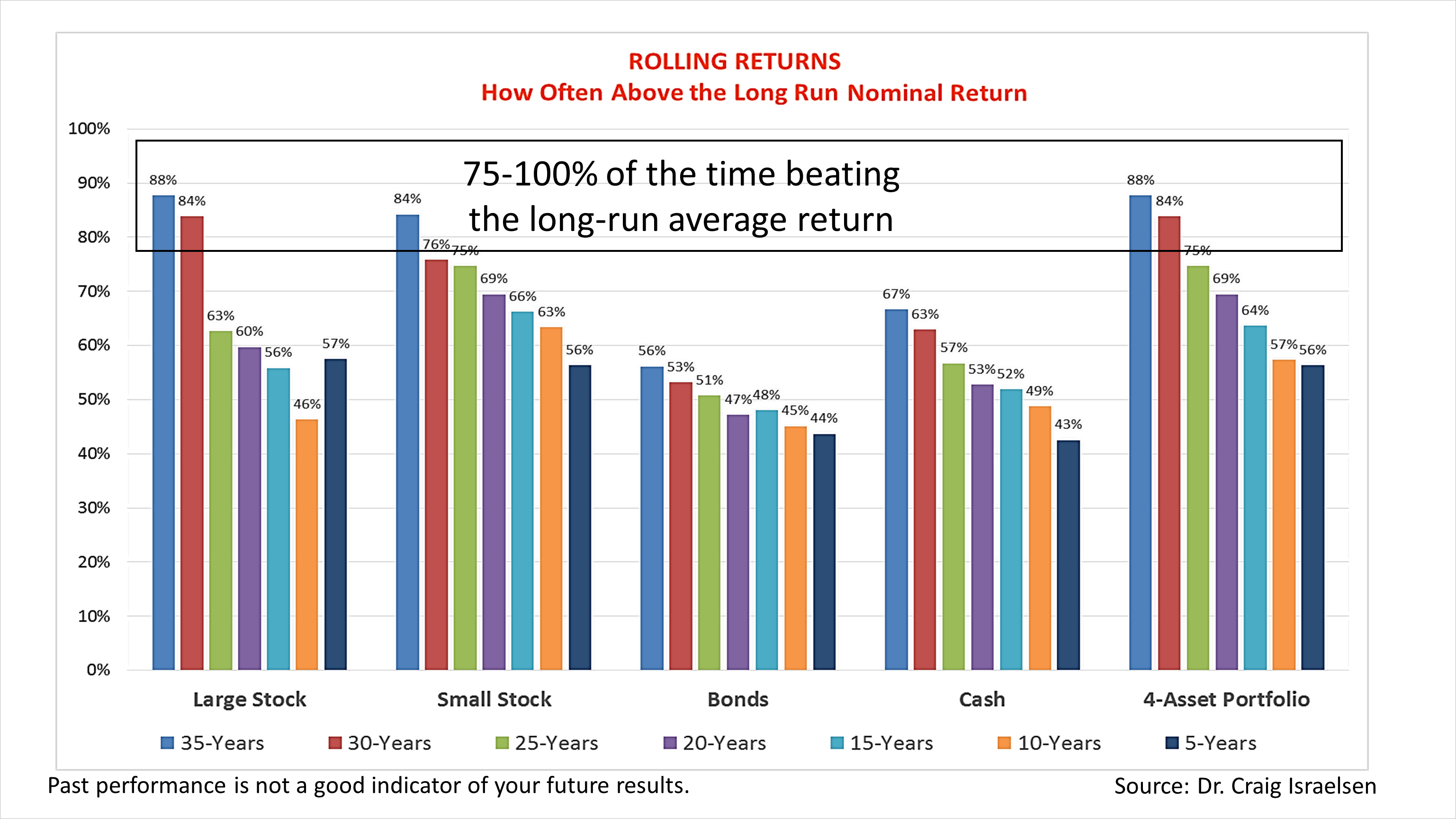 Recently, volatility surged after investors were spooked by rising inflation and lending rates, and growing concern over the long-term U.S. debt. Statistically, the chance of a bear market decline of 20% or more increases as the nine-year bull market grows older, and the new tax law increased the chance of a Federal Reserve interest-rate policy mistake quashing growth for allowing inflation to surge. Fed mistakes caused every recession in post-World War II history.


With real wages continuing to grow, consumers are spending and consumers account for 69% of economic growth. So, despite the recent correction, the bull market and economic expansion could strengthen and last many months longer.